Having a twin is a fearful business, sharing so much for so long.

He and his sister were precluded from the usual mischief of identicals, so their bond and boldness brought new imaginings of misbehavior. They were without guile, merely sharing together the last of five births. Two surviving elder siblings, likewise sister and brother, already carved roles as dutiful firstborn and budding black sheep. To the twins in those early days, then, fell blind love and none-too-watchful parents. The farm meant work, and neither keeping up nor getting in the way was open to them.

They had adventures lavished on them by the land. Tadpoles needed snatching, blood-red clay needed molding, dogs needed chasing. Someone invariably wound up locked in the smokehouse, stuck on the sandbar in 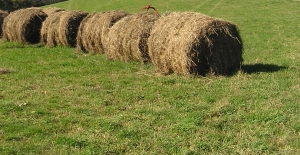 the creek, or dangling from that lowest pecan limb just high enough to make the ground too far away. Getting caught meant a wink and playful smack; a switching and dinnerless bedtime awaited discovery of more grievous transgression. Most of these were concealed by the unspoken pact between them to which all children subscribe, that the silence of both was to be preferred to the punishment of either. Eighty years hence, hints of those mutual secrets (embarrassingly innocuous) were ever visible in the mirth of their meetings.

END_OF_DOCUMENT_TOKEN_TO_BE_REPLACED

Everyone had a right to knowledge. Rosa had convinced herself of this.

For five years in her twenties, she plead with seventh graders to learn English grammar. She never doubted her maxim. The student-teacher ratio (which, on some days, was only slightly higher than the ingrate-fool ratio) was the real problem. A “promotion” to central office taught her otherwise. Two quick years there left her forehead scarred and the responsible wall as yet unmoved.

Her truth yet unconfined by that branch of dysfunctional bureaucracy, Rosa took it to the streets. She hired on as a junior librarian with the county. The pay cut was just the price of principle. Her first encounter with the public in their library stamped confirmation on what she knew. Gabriela, writing a paper on Vonnegut for a community college class, was glad to have some reference help from her old seventh-grade teacher. That glow carried Rosa through the first week. No matter that, of the next fifty inquiries she fielded, twenty-eight were looking for the wi-fi password, seventeen needed help with a computer or copier, four needed directions to relieve themselves, and one simply wanted to talk, having locked his keys in the car.

The bloom was off this rose, too, by February. In just four months, she’d learned to hate Mondays. They were open late, and the dark of winter made her

shift all the gloomier. As she was closing one week, the mystery section decided to live up to its name. Reaching for the light switch, she met sounds and smells worthy of the cryptic tomes nearby. Both were coined by a middle-aged man with his boots on.

His insulated coveralls ended at a knotted beard and dreadlocks bound with a paisley bandana. He snored, his obstructed airways hiding behind a copy of The Fierce Urgency of Now from the recent releases shelf. Rosa’s nose declared in no uncertain terms his need for a shower. She gently touched his shoulder. He growled, gurgled, started, apologized.

“Awright, awright! A fella’ knows where he’s not wanted,” he said. “Mighty cold night to turn me out, but I specs you just doin’ yo’ job.”

“Yes sir. But you can come back to read anytime between nine and five tomorrow.”

“Read? Haw! Sho’ baby, jus’ keep tellin’ yo’self dat.” He gathered up his oversized knapsack and staggered through the parking lot into the night. Rosa’s adage held timidly, and only in a most idealistic corner of her mind.