Few would argue that all is well “in these dread latter days of the old violent beloved U.S.A. and of the Christ-forgetting Christ-haunted death-dealing Western world“—it’s what most needs to be done about it that divides people. I’m increasingly convinced that something very like Rod Dreher’s The Benedict Option represents a good path forward.

Even if we weren’t facing an impending crisis of religious liberty, I’ve got little confidence in the current status quo of American church life. The standard combo of buildings, preaching (which is vital!), programs (which can be useful!), partisan politics (which will be our undoing!), music (which can be meaningful!), messaging, and mission statements is failing to reach unbelievers and retain believers in active membership.

A Poor Competitor
Why? It is too compatible in many respects with other visions of the good life, and asks just enough of us to make it a poor competitor. A church that offers little more than a tepidly baptized consumer culture is no substitute for “the faith that was once for all delivered to the saints.” As Russian author Eugene Vodolazkin put it, “people need other things to live by,” and the church should be the fountain from which a purer vision flows.

In multiple conversations of late around the subject of preserving and strengthening this faith, I’ve used the The Benedict Option as a gauge of sorts—testing appetites for the hard work of a Christianity uncoupled from the shackles of Americanism. Most resonate with the call Dreher articulates to a faithful, intentional community of spiritual formation, even if there is disagreement over his particular application. Others (often those who hold the power and purse strings) see tweaks and innovations to be made, for sure, but believe the basic design is still working.

This is why pursuing legal cover for churches and nonprofits, conscience protections for service providers, and other current political maneuvers (though crucial) cannot be the whole solution. For generations, we’ve been discipled to believe that we can live and let live; that the rest of the culture is just one radio revival away from returning to our fold. The opposite has turned out to be true, and it is we who are walking the aisle to pledge faith to the other side. Americanism is a religion; glistening advertisements the illuminated manuscripts of its bible of consumption. Protecting a vision of the church that fails to recognize this does nothing to advance Christ’s kingdom, and often works actively against it.

Perhaps this is why the reaction to Dreher’s thesis has been so heated (albeit often from those who pan the book without having read it, or, at least strain to miss the point). Nothing less than the nature of the church is at stake. Either the Gospel matters in every nook and cranny of life or it doesn’t matter at all. Either “in [Christ] all things hold together,” or nothing holds together at all. Such an all-encompassing and embodied faith ought to be the pursuit of any healthy church.

Of course Dreher isn’t the first to call for such. One of his more ardent detractors, James K. A. Smith, is a leading voice in this direction. What Dreher adds to the discussion is framing it in terms of strategy. How do we get to a place where such a holistic vision is the Christian norm? This requires something greater than simply an intellectual assent to the the idea of a revitalized church. Human behavior seldom shifts on the merits of an argument alone.

A New Affection
Smith tells us that “We are what we love,” but warns that we may not love what we think. Retraining our loves takes discipline, but it also requires grace-driven vision. This is not a new idea, by any stretch. In the early 19th Century, well-known Edinburgh pastor Thomas Chalmers preached a sermon entitled “The Expulsive Power of a New Affection.” In it, he said:

“The heart is not so constituted; and the only way to dispossess it of an old affection is by the expulsive power of a new one. Nothing can exceed the magnitude of the required change in a man’s character—when bidden as he is in the New Testament, to love not the world; no, nor any of the things that are in the world—for this so comprehends all that is dear to him in existence, as to be equivalent to a command of annihilation” (emphasis mine).

Within the context of the ser 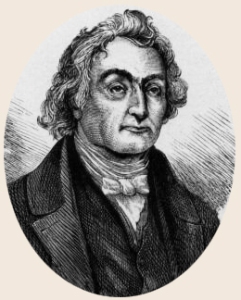 mon, Chalmers leans heavily toward personal spiritual discipline as the key to answering that call. In the life and ministry of his church, however, a powerful grasp of embodied grace worked itself out in faithful care for the needy, massive social reforms, and holistic approach to ending poverty and restoring dignity in his city.

Chalmers seems to have understood that the Gospel of Christ speaks of a relentlessly physical reality—an incarnate Savior who bled, died, and rose just as surely as he preached, healed, and forgave. A Christianity that promises only spiritual gifts lacks real “expulsive power” to dislodge our present comforts and fears. A Christianity that demands nothing of us in this life but a public piety and lip service to doctrine sounds an awful lot like a “command of annihilation.” Sitting on a cloud, strumming a harp for eternity is hell, not heaven. What we need to understand is that this call to a whole-body, whole-life discipleship is a feature, not a bug, in God’s good design.

Turns out, we do need other things to live by. Nothing short of this world-upending, world-rebuilding mission—given to us directly from the hands of Jesus Christ the Son of God!—can dislodge our stubborn pursuit of self, wealth, and health.

Perhaps this Scottish churchman has much to teach us yet, particularly in terms of how we live out the Gospel toward the wider society. Perhaps his call to look to the poor and oppressed can cure our atrophied vision and give us the strength to endure. Who is more likely to accommodate their faith to the cultural winds, the one who is afraid of losing privilege or the one who has long endured shame? A church unwilling to suffer is bound to be swept into irrelevance by the increasingly anti-Christian mainstream.

To put it another way, what do we have to lose? Any commitment to biblical truth and standards will ultimately land us on the margins of modernity. Better to rush there ourselves in love, “boast of the things that show our weakness,” and embrace the lessons forged in hardship by those who have always lived there. This faith in which we stand, this church we love, which Christ has promised will endure to the very gates of hell, is embodied, suffering, and persevering—just like our Lord. Pursuing the fullness of His kingdom, on earth as it is in heaven, is the way we will weather the coming storm.

Further thoughts
Theological Poverty: More on “The Chalmers Option”
Talking Past Each Other: Class and Culture in the Church
The Spiritual Vitality of Place

2 thoughts on “Weaving a Future: The Chalmers Option?”